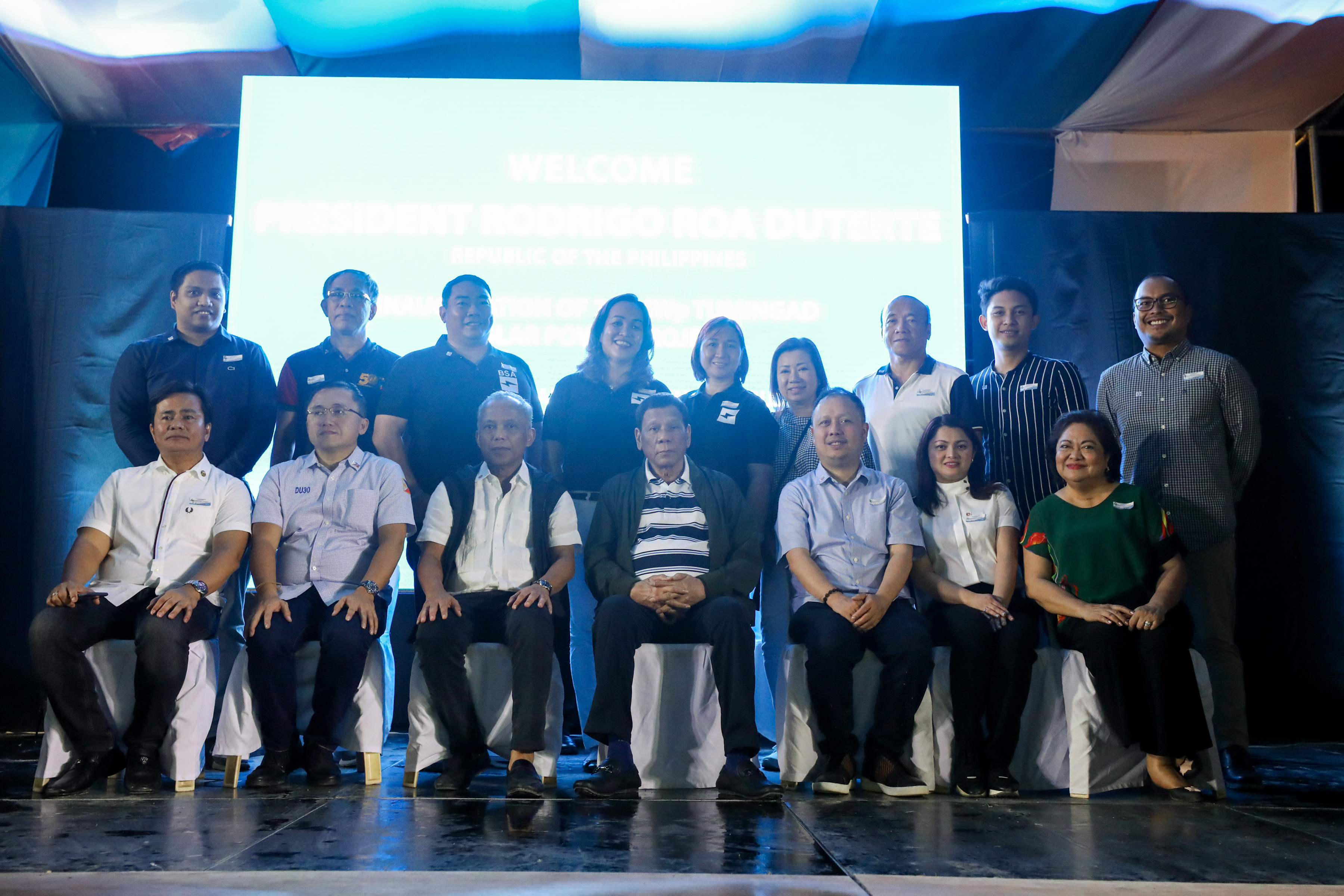 Owned and operated by SUWECO Tablas Energy Corp. (STEC), the P550-million Tumingad Solar Power Plant is capable of producing 7.5 MWp (megawatt peak) of electricity – enough to support the daytime power requirements of the island’s 43,400 households. Excess solar power will be stored in the plant’s batteries and will be used to maintain a reliable system while diesel generators will produce and supply electricity at night.

Thousands of people attended the said inauguration from different parts of Romblon Province. The said power plant is scheduled to commercially operate by September, 2019. The company said its power plant is expected to save about three million liters of fossil fuel and reduce carbon emissions by 6.5 million kilograms per year.

“An estimated P180 million per year will be saved from the government subsidy for universal charge for missionary electrification,” STEC said.

Located in a 9-hectare propertyin Tablas, STEC’s solar facility is committed to provide clean, green and reliable energy to the entire island.

The power plant’s inauguration comes at the heels of President Duterte’s call to the Department of Energy to facilitate the development of renewable energy resources to reduce the country’s dependence on traditional energy sources like coal.

“We recognize the urgent need to ensure the sustainability and availability of resources and the development of alternative ones. In this regard, I trust that Secretary Cusi shall fast-track the development of renewable energy sources, and reduce dependence on the traditional energy sources such as coal,” the President said in his State of the Nation Address last July.

In Tablas alone, some 43,400 households used to experience daily power outages due to limited supply from state-owned National Power Corp.’ Small Power Utilities Group (SPUG). SPUG areas are those that are not connected to the national grid and therefore depend on diesel-power generator sets.

“This is indeed a milestone not only for the people of the province but for our environment as well. I thank Sunwest Water and Electric Company for being our partner in introducing and providing green energy to the different parts of the country, especially in the off-grid areas”, President Dutrete said in his speech in the said event.